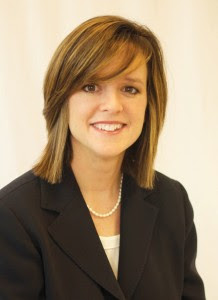 Ann Johnson is the Democrat running to represent HD-134, the district I lived in a few years ago, in the Texas House of Representatives. She is challenging a one-term incumbent Republican named Sarah Davis, who barely managed to defeat former state representative (and now Houston councilwoman) Ellen Cohen in 2010. There is no Libertarian or Green candidate competing in this district.

Johnson is both a cancer survivor and an out lesbian as well as an attorney and former prosecutor. From her profile in OutSmart...

Johnson supports Obama’s Affordable Care Act, and points out that the LGBT community would greatly benefit from healthcare reform. “I oppose discrimination in any form,” Johnson says. “Texas, right now, is at the bottom of the barrel, dead-last in the nation for being able to provide care to its citizens. Our governor has taken a position to say that he’s going to keep it that way. I don’t agree with that. Texas has to evaluate whether or not it’s in the best interest of our state, our citizens, and our economy to turn down $76 billion that we have already paid [for our Medicaid program]—money that’s due to come back to the state. Making sure we have healthcare is a benefit to everyone, and that is an equality issue for everybody.”


Davis, a cancer survivor herself, has shockingly voted against much of the women's health legislation that came before the Texas House in the last session, save the bill mandating transvaginal sonograms for women prior to their choosing to end their pregnancies. Blogger nonsequiteuse has the best interpretation of that dichotomy.

Davis likes to call herself a moderate because that's what HD-134 reflects. The truth is that she is more like Greg Abbott: a person who advocated to change Texas law concerning the health crisis he suffered, and has done all that he could to deny others that which he benefited from.

TX State Sen Joan Huffman (17) is fundraising for Rep. Sarah Davis. Sen. Huffman is the #1 rated anti-choice senator. She authored the sonogram bill in the Senate and is a key ally of Dan Patrick. She also sponsored the (bill) to defund Planned Parenthood. We must inform the voters of 134: Davis is no moderate and the people surrounding her prove it.


Savvy readers will recall that one of my previous endorsements included the Green running against Huffman in SD-17, David Courtney. So with no alternate candidate in this race, I encourage Greens to support Johnson, and likewise for Democrats, Courtney in SD-17 against Huffman.

This is how we build progressive coalitions, folks.

Charles Kuffner has blogged extensively about the race, including this recent interview with Johnson as well as this post last spring signaling the Davis-Johnson tilt as a bellwether for Democratic House prospects.

Update: The NYT -- via the TexTrib -- has a bit about the contest today.

Representative Sarah Davis, Republican of Houston, is running in a district where both Mr. Obama and Mr. Perry were on the short end. That result for Mr. Perry had something to do with his 2010 opponent — former Mayor Bill White of Houston — but almost everybody thinks she has a race this year against Ann Johnson, her Democratic foe.


Previous Brainy Endorsements include the following: