In the spirit of not saying anything mean about someone when they pass on, the Texas Progressive Alliance stands agog at the hagiography surrounding the demise of the nation's 41st president, and wonders what the media will report when Trump finally dies.

Funeral services in Washington, Houston, and interment at College Station will occur all week.

SocraticGadfly takes a critical look at the public service of George H.W. Bush; then describes his visit to Tsarskoe Selo, where an ex-spook told him a conspiracy theory about why Saddam Hussein invaded Kuwait, eventually triggering Bush's Gulf War.

Tarrant County Republicans, still gasping for breath after being swamped in 2018's blue wave, seem intent on doubling down on their mistakes by whipping up a bad batch of Islamophobia ... just in time for Christmas.

Barack Obama, speaking at the 25th anniversary of Rice's Baker Institute, gave himself a pat on the back for not having anyone in his administration indicted for crimes.  He also reminded the crowd of wealthy philanthropists -- many of whom have no doubt made fortunes in the oil and gas business -- who was responsible for America becoming the world's largest producer of petroleum products.

“American energy production ... went up every year I was president. And ... suddenly America’s like the biggest oil producer, that was me, people,” eliciting cheers.

Fossil fuel's effects on climate change, meanwhile, remained the elephant in the room. 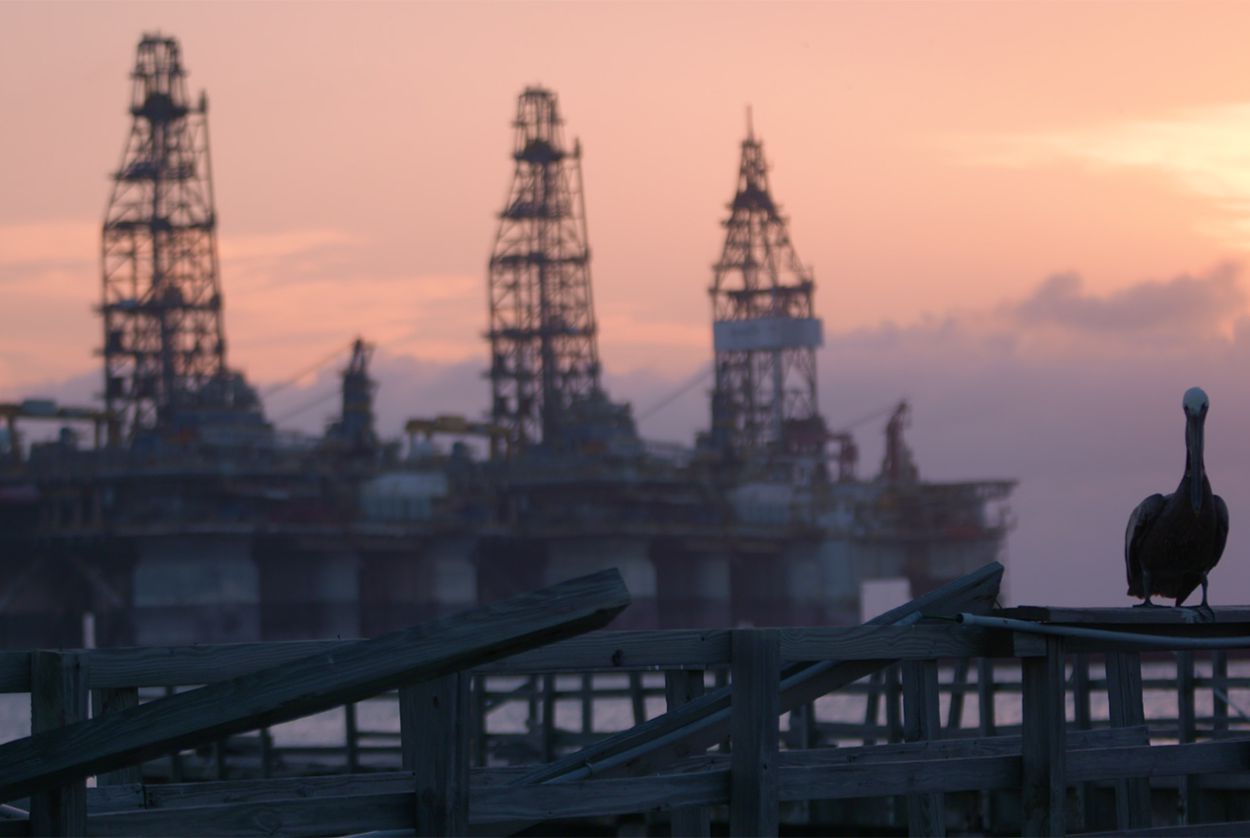 The surge of oil and gas flowing to the refineries along the Texas coast has produced a boom of construction projects ...

More than 80 plants, terminals, and other projects are in the works up and down the state’s Gulf Coast, from Port Arthur to Brownsville, according to a Center for Public Integrity and Texas Tribune review of corporate plans. Companies have been laying enough pipeline in Texas in the last several years to stretch from the Atlantic to the Pacific three times over, more than 8,000 miles in all.

... while simultaneously straining local infrastructure and creating concerns about livability.

Heavy (petrochemical) industry pumps out greenhouse gases warming the climate, upping the risks of powerful storms that in turn endanger those same facilities and everything around them. Harvey, which dumped more rain than any other U.S. storm on record, damaged hundreds of thousands of homes in Texas last year, killed at least 68 people and, particularly around Houston, sparked industrial spills, air pollution, and explosions.

How long will it be before we elect leaders that understand you cannot breathe or drink money?

Early voting in the #SD6 special election to replace US Rep.-elect Sylvia Garcia in the Texas Senate continues this week.  Pathetically low turnout to date suggests that the winner -- or the two runoff finalists -- will be the campaign(s) that can most effectively turn out just a small base of supporters.

Jim Schutze at the Dallas Observer thinks the 2019 race for mayor of Big D is too boring and suggests a few potential candidates who ought to jump in.

Although Paxton has presented (Rosa Maria) Ortega’s conduct as evidence that voter fraud is a genuine problem in Texas, her case bears no resemblance to the paranoid myth of immigrants covertly swinging elections. Ortega is a lawful permanent resident who was brought to the United States as a baby. She has a sixth-grade education and did not know that she could not legally vote. In October 2014, she sent a voter-registration application to the Tarrant County Elections Administration, in which she indicated that she was not a citizen. When the office sent her a rejection letter, she called to ask why. An employee, Delores Stevens, explained that Ortega had checked the “No” box for citizenship and could not register unless she checked “Yes.” Ortega mailed in a new application, this time checking the “Yes” box to indicate U.S. citizenship.

The office was fully aware of the discrepancies between her two applications. It still registered her to vote.

In his weekly aggregation of criminal justice news, Scott Henson at Grits for Breakfast takes note of the indictment on murder charges of the Dallas police officer who shot and killed Botham Jean in his apartment.  And also advances the premeire, on HBO this evening, of the documentary of the life and death of Sandra Bland.  (Here's a review from the SAEN.)

Say Her Name: The Life and Death of Sandra Bland Promo Cutdown
Progrexas sees the Trump administration looking admiringly at Texas as a model for its criminal justice reform bill.

The Texas Observer reports new revelations about the source of the drugs used in Texas executions -- specifically a small compounding pharmacy nestled in-between West University and Bellaire in Houston -- underscoring the risks of a capital punishment process shrouded in state secrecy.

In inspections by state regulators, Greenpark has been cited for 48 violations over the past eight years, according to documents obtained by BuzzFeed News. The violations included keeping out-of-date drugs in stock, using improper procedures to prepare IV solutions, and inadequate cleaning of hands and gloves.

HPM says that Harris County officials plan to fix the area's floodplain maps with new topographic and predictive rainfall data.  The end result will likely be that more people's homes will be mapped into the floodplains.

David Collins carefully explains the concept of dichotomism to the chronic sufferers of acute binary thought disorder.  (It's easily cured; no medication necessary.)

Texas Vox gives courage to the cautious Capital Metro leaders, showing them that Austin is indeed ready for a mass transit plan.

The Texas Standard has details about the Tyler Loop.  Not a transportation story but a new media one, and perhaps a model for small-town newspapers that need help filling their investigative-reporting gaps.

The Austin Chronicle has the news about Jim Hightower's syndicator balking at his recent column critical of hedge funds that own newspapers, like Gatehouse Media and Digital First Media.

Therese Odell at Foolish Watcher is all over the 60 Minutes report on the damage caused by family separations.

Julien Gomez, opining for the Chron in the wake of the Transgender Day of Remembrance, implores allies of the trans and nonbinary community to speak out.

And Sarah Martinez at the San Antonio Current has important Buc-ee's restroom news.
Posted by PDiddie at Monday, December 03, 2018