These elephants and clowns are going to be some kind of entertaining. 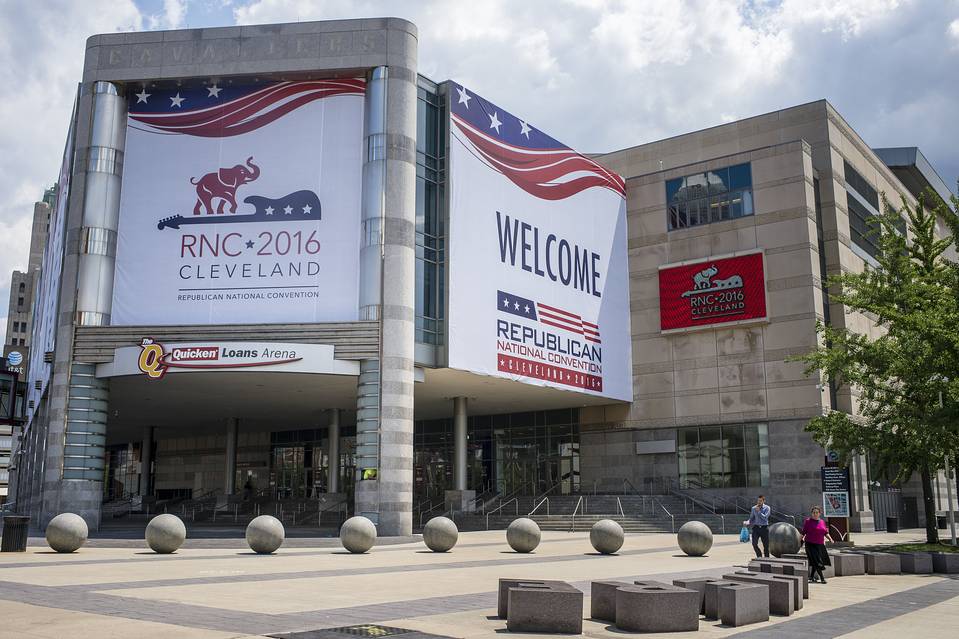 
Donald J. Trump, the presumptive nominee, has been promising a different kind of Republican National Convention, and plans obtained by The New York Times show that he is eager to put his showbiz stamp on the party’s gathering, even as he struggles to attract A-list talent.


If there's not enough room on their TiVO to record the whole thing, maybe they'll offer a DVD for five hundred bucks or so, a contribution perk like PBS does.  Saul Relative to how much the rubes can get fleeced for.


The list, which is subject to change, as obtained by The New York Times:

Monday, July 18: A Benghazi focus, followed by border patrol agents and Jamiel Shaw Sr. (who became an outspoken advocate for tougher immigration laws after his son was killed in 2008 by an undocumented immigrant). Sen. Tom Cotton, Rudy Giuliani, Melania Trump, Sen. Joni Ernst and others.

There is some news to be gleaned here.

(W)hat is striking, as much as who is on the list, is who is not. Several figures Mr. Trump had said he would invite to speak, like the boxing promoter Don King and Sarah Palin, the former Alaska governor, were not included. Neither was Tom Brady, the New England Patriots quarterback, a hugely popular figure in the key state of New Hampshire.

Even as they finalized the list this week, Mr. Trump’s campaign aides and party officials were also working behind the scenes to stave off any challenges to his nomination on the convention floor next week.

Yeah, that.  Stands as much chance of happening as Bernie Sanders being nominated by the Democrats.  The delusions really bloom in this heat, don't they?

(T)he chance that Mr. Trump’s opponents could muster enough support to deny him the nomination is remote. The biggest hazard that Mr. Trump and the leaders of the Republican National Committee are trying to contain is how messy the process could become — and how much damage his campaign could sustain.

Starting on Thursday morning, delegates will begin to debate a series of proposals to change the party’s rules. Those proposed changes could include a provision that would allow delegates to vote their consciences in selecting the Republican presidential nominee, instead of voting in accordance with the outcomes of the primaries and caucuses in their states, as most state party rules require.

If you're not too busy playing Pokemon Go, you might check your Twitter feed late morning and see if anything develops along these lines.  News might break, after all.

Seriously, though, about the convention.

The conventions used to be crucially significant news events, so the news media covers them extensively. A couple of hours’ worth of primetime speeches are on network television, and several hours more are shown on cable news channels.


Because the convention will be televised, lots of important politicians from around the country want to come speak at it. Because lots of important politicians will be there, lots of lobbyists and interest group leaders are there to stage events too. That further increases the convention’s appeal to the media, which find it to be a target-rich environment for interviews, and the extensive national media attention gives further incentives to political influencers, stars, and wannabes to show up.

The extensive media attention itself makes the conventions significant campaign events. In their book The Timeline of Presidential Elections: How Campaigns Do (and Do Not) Matter, Christopher Wlezien and Robert Erikson show that polling leads are considerably more predictive after conventions than before. Usually the party that holds its convention first gets a "bounce," and then the party that goes second gets its own "bounce." The net effect of those two convention bounces is a significant political event that meaningfully drives the outcome in November.

This is why you don't fret polling until the kids go back to school, folks.  Two things you should do in mid-to late August: slow down in school zones and start to give the polls more credibility.  Also see this; trust Nate Silver to let you know when it's time to freak out.

All that said, the upshot of turning conventions into a week-long display of party unity is that they are pretty boring. Any one speech can be quite interesting on its own terms. But the vast majority of them simply blend together, recitations of the same key beats over and over and over again in slightly different tones of voice.

This is what makes the idea of a Donald Trump convention so exciting.

For one thing, many of the key party luminaries whom you’d normally expect to be featured speakers aren’t supporting him. Former Presidents George H.W. Bush and George W. Bush won’t be speaking. Neither Ted Cruz nor John Kasich has endorsed Trump yet, so we won’t have that party unity display either. A huge raft of GOP elected officials are skipping the convention, and it’s not entirely obvious that a young up-and-coming Republican politician really wants to keynote this event.

At the same time, while Trump has no real knowledge of or interest in American public policy, he does have extensive experience in the field of reality television.

Normally parties nominate a presidential candidate with the opposite portfolio of skills (Ronald Reagan had demonstrated proficiency in both policy and Hollywood), which is probably wise from a governing standpoint but has led us to a dreary dead end in terms of conventions. By the same token, while Trump would likely be a disastrous president he could be an excellent convention organizer.

Since modern conventions are essentially just long television shows with no real political content, it seems natural that politicians would stage boring ones while the star of NBC’s The Apprentice could stage an amazing one.

If he pulls it off, the Dems will once again clutch their pearls and faint.  For the price of that entertainment value, I'm counting on it.
Posted by PDiddie at Thursday, July 14, 2016